First let me be clear on what these posts are and what they are not.

I hate being defined by theological litmus tests because I think they miss the mark in so many ways. That does not mean we can’t or shouldn't engage in theological discussions on matters that we feel strongly about. It is just that we should be a little more humble and gracious in how we describe people who differ from our understanding of God and his grace.

In that vein, this series of blog posts will not even attempt to address or debate the theological issues swirling around marriage rights. We will not be considering whether the fact that Jesus spoke against divorce but was silent on homosexuality is important or not, or what it means that so many in the church are willing to overlook Paul’s teachings on  gender roles and on celibacy but not his teachings on homosexuality. There are a great many other forums offering space to debate these issues so please feel free to use them.

Our purpose here then is to look at marriage, equality, and civil rights vs religious rights.

Let’s start with a simple question.

Should the church be in charge of or even concerned about how marriage is defined in the secular realm?

In the heart of this question, we should consider what kind of reactions the church has evoked in the name of Christ with other attempts to legislate morality. 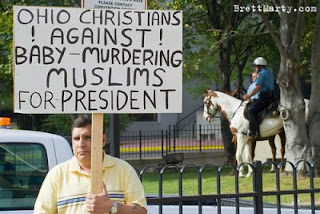 Much of the church has failed the world on right to life issues, angrily proclaiming that abortion is murder while condemning and attacking women who have abortions. Some ‘Christians’ are downright nasty to anyone who says, ‘hey, hold on, let’s talk about this.”  I have been verbally abused by Christians, some of whom who know me, because I wanted to talk about the issue instead of just covering my mouth with red tape and dutifully standing up with them. I believe that we should value all life, including the mothers who feel trapped with no options.

“I must say that I am still passionately pro-life, I just have a much more holistic sense of what it means to be for life, knowing that life does not just begin at conception and end at birth, and that if I am going to discourage abortion, I had better be ready to adopt some babies and care for some mothers.”  - Shane Claiborne

Further muddying these waters many Christians who vehemently oppose abortion, because it is the murder of a fellow image bearer, fully support the death penalty, torture, drone strikes, etc and do not see the problem with their own logic. We need to learn how to love EVERYONE, including the mothers, fathers, abortion clinic doctors, criminals, and enemy combatants.

But should the Church be concerned with the kind of reactions people have to our values? Isn't the truth the truth no matter what?

Let us just for a moment consider that this line of argument is valid. Consider the actual outcome of legislating all of our moral values (because the truth is the truth like it or not). 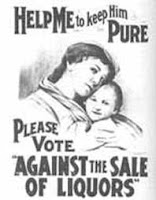 The temperance movement, rooted in America's Protestant churches, first urged moderation in drinking, and ultimately demanded laws prohibiting alcohol. This eventually led to prohibition, which didn't really stop anyone from drinking. Several underground bars or speakeasies could be found in most every city and moonshine, illegal alcohol, could be purchased by anyone who expended any amount of effort to find it. Prohibition only fueled the illicit trade of alcohol which fed organized crime giving people like Al Capone and John Dillinger great wealth and power.

Similarly attempts at legislating our moral views have done nothing to stem the tide of abortions or show the love of Christ to those who are hurting or lost, they have only shown the world how judgmental and blind a group of people we can be. They have also given rise to groups like Planned Parenthood, which assists in hundreds of thousands of abortions every year. This group now has the power to hold good organizations like Susan G Komen foundation hostage as they co-opt their message in the name of defeating “Christian” moral legislation. 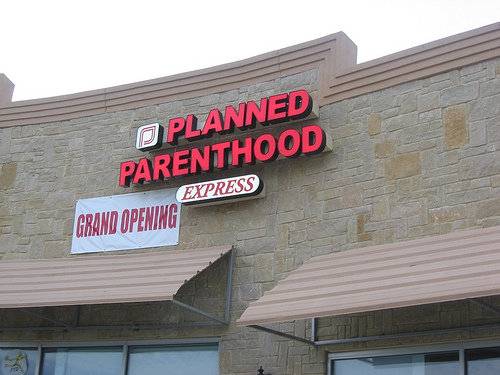 It is my contention then that the church gains nothing and risks everything by becoming so embroiled in secular politics. We cannot legislate transformation and no matter how many laws we pass we won't change hearts.