How not to construct a structure...

Each of them was given basic tools, and a pile of lumber to complete their aviary. They were permitted to select the placement for their project but, were only allowed forty-eight hours to find the best place and to finish the construction.

When it came time for the judges to decide the winner they begin by examining the mathematician’s work. She had chosen to build her aviary in a city park where the pigeons were already flying in to eat the breadcrumbs offered by pedestrians. She had used her extensive knowledge of geometry to construct an impressive structure that maximized the utility of the materials. The ceiling was high enough to allow the birds room to flit about and the sides were open enough to allow grand viewing of the birds as they came home to roost. The structure was both elegant and functional. Because of her expertise, none of the material went to waste and almost a hundred pigeons were able to roost in her aviary. 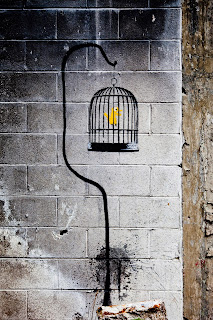 Next, the judges looked at the aviary created by the engineer. He had chosen to construct his aviary in a private park located near a fountain the pigeons used for drinking water and bathing.  His design was far more basic and utilitarian but it was nearly three times the size of the mathematicians. Again, he had used all of the material, but he had spent much of his time studying the strength of the wooden planks and worked out that it he could split many of them in half without compromising their strength. He already had just over two-hundred pigeons roosting in his aviary with some room to spare.

Lastly they came to the old farmer who had constructed his aviary on top of an old building in the middle of the city. In contrast to the others, his was not a large structure at all. The judges stared in disbelief as the farmer stepped into the small lean-to structure he had made and sat on what appeared to be a long bench.

“That is not a proper aviary,” said one of the judges in disbelief. The others joined in “That will never attract the birds … How will that thing keep the pigeons safe?”

“I don’t know much about what a ‘proper aviary’ is,” replied the farmer, “but please come and rest your bones here with me for a spell. Perhaps you will find the sounds and sights interesting”

The judges sat on the bench and one by one began to see hand made bird feeders and small gutters  made into bird baths scattered on the rooftops of all the buildings around them as far as they could see. Birds of every kind that can be found in the city were flitting about from rooftop to rooftop.

The first judge exclaimed, “Why there must be a thousand birds here. How did you do this?”

“I watched and listened to the birds and went to the places they would normally go. While they may go to the park to scavenge for scraps or to the fountain to get water they always build their nests here. So I constructed the things that they need where they already were,”  the farmer replied.

The second judge remained unconvinced and flipped through his copy of “Aviary Rules and Etiquette.” Pointing to a page from his book he said, “The proper way is to construct a structure and gather the birds inside…”

A second judge joined in, “The only birds worth counting are pigeons. All other species of birds are too fickle and dirty. They will come and go constantly messing up the number of birds you can count as roosting in your aviary. What’s more they will always make a mess of things. Pigeons know how to behave in an aviary and I don’t see very many pigeons around here.

I think you misunderstand,” the farmer replied, “I set out to find birds in the city and provide them with a better home. I don’t care much for a rule book you constructed about which birds can be counted or what kind of structure you think I should have.”

In the end the farmer lost the competition but gained a friend. The first judge apprenticed himself to the farmer and together they began constructing their “new aviaries” and teaching others to do the same. Whenever a person would comment on the beautiful bird songs filling the neighborhoods or the variety of colorful birds filling the area the farmer, the judge, or one of their apprentices would introduce them to the art of building a new aviary. Scores of people who were not, professionally trained aviary experts became bird enthusiasts. Soon countless new aviaries were built and many birding enthusiasts, freed from rigid judgementalism, began enjoying the many birds that called the city home.

The diversity of the bird population in the city stabilized for the first time in many generations. Birds thought to be irrelevant or rare began to flourish and as a result the biodiversity of plant life, insects, and other small animals became stronger. This led to better physical and mental health for the human population as well. 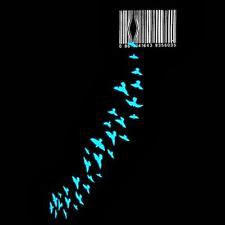 The farmer had a presented the judges with a perspective problem. Rather than follow tradition and man-made rules he saw the beauty in all birds. Instead of finding a way to attract the birds to a structure he contrived and created, he sought the birds where they were and brought life to them. Rather than form an official club or society, he taught others how to do what he did and then released them to do it.

We can sometimes have the same kind of perspective problem. Imagine if we took the aviary out of the story and replaced it with “church plant.” The mathematician could become a theologian and the engineer could be a church growth expert (or you could replace these two with any number of other “official church offices”).

How we view who fits into our mold of church membership often effects who we try to reach and who we count as members (or even saved). We can view membership in the church as a privilege we have earned by being good enough, voting for the proper people, saying the right prayer, or by attending all the right services and camps. We can come to the conclusion that only a certain type of person is fit for the kingdom and focus our energy and efforts there.

We can attempt to attract people to the structures we build (physical and organizational) and try to locate the church in a “sanctified” time and space. People outside of these structures can be ignored if we simply label them as “lost” reinforcing the conclusion that their exclusion is their own doing (If they would just grow up and clean up their ways they could be more like us). 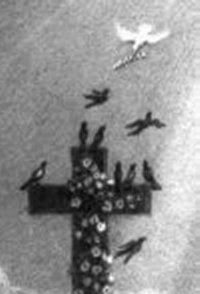